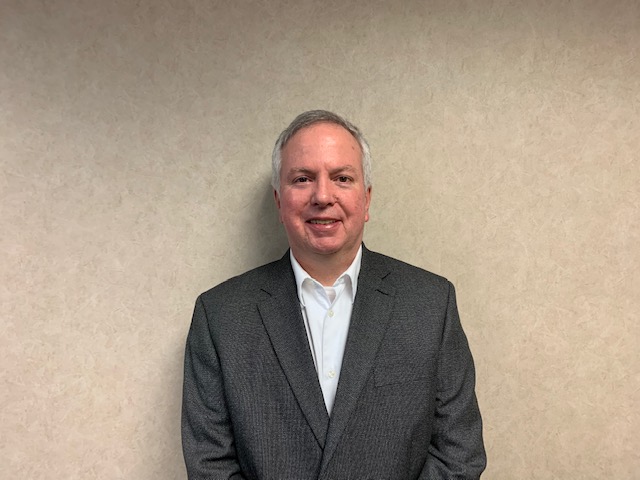 Jim has a Bachelor of Arts degree in Political Science/Public Administration from College of Saint Thomas with a concentration in American Labor History.  He holds a Juris Doctorate degree from William Mitchell College of Law with an emphasis on public sector labor law and employment law.

Jim grew up on the East Side of Saint Paul where he proudly worked his way through high school, college, and law school.  He began his union experience when he joined the United Food and Commercial Workers union as a bag boy in a grocery store.  While in UFCW local #789 he was a shop steward, worked on organizing drives, was on the contract negotiations committees, and also was active on their strike committees.  He is a lifetime member of the UFCW.  He has also been in the Teamsters and MAPE.

Before coming to state service Jim was an assistant county attorney, an attorney with the Federal Labor Relations Authority, and later worked as a lawyer in private practice working for and against insurance companies and practiced employment law.  He came to state service 16 years ago where he began with the Department of Human Rights concentrating on disability discrimination in the workplace.  At the Department of Human Services, in their Licensing Division, he was in their attorney unit working with investigations, data practices, expungements, background studies, and license sanctions.  With the Department of Natural Resources he was an attorney in their Lands and Minerals Division doing land acquisitions, property law, and mining law.  He comes to us directly from the Department of Management and Budget where he was a Labor Relations Consultant doing contract negotiations, arbitrations, and advising agencies on labor relations related matters.

Favorite extracurricular activities include spending time with family, camping, upland game hunting, shooting sports, woodworking, and working on cars.  He has been active in the Irish music and dance community and danced in a traditional Irish dance group.  An avid soccer fan, he has played and coached and now can be seen at Allianz Field following the Minnesota United FC.  Go Loons!